Kim Ruiz is a cyclist who along with a good friend had a dream of participating in one of the toughest mountain biking events in the world. For this, besides following a hard training, he decided to prepare his bike with components that would make it easier for him to reach the finish line of the Titan Desert.

Kim Ruiz is a 53-year-old cyclist who likes mountain biking, climbing and hiking. At the age of 45, he returned to sports after a few years of inactivity thanks to a friend who encouraged him to go mountain biking with him.

He tells us that he doesn’t usually go out cycling during the week, but he does every Saturday and Sunday. When he started training for the Titan Desert, he changed that routine. He started to go out once or twice during the week besides Saturdays and Sundays, as well as increasing the kilometers of the outings that were not usually less than 65 km, although most of the times they were around 90 km 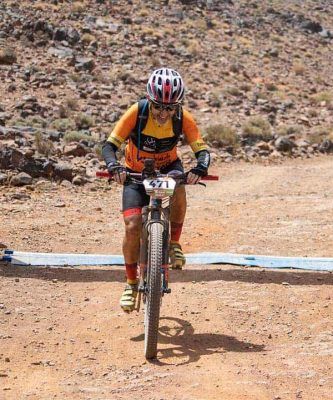 So, Kim, tell us a little bit about the Titan Desert and your experience with Tannus Armour

How and when was the idea of undertaking a Titan Desert formed?

The Garmin Titan Desert was the dream of Carlos (the friend who encouraged me to start cycling again). I had fulfilled my dream by climbing to the top of the Matterhorn (4,478m) in 2015 and I knew how important it is to make your dreams come true, or at least to try. Although we had discussed it several times, it was not until October 2017, when we went to the presentation together, that the idea began to take shape. The turning point came in April 2018. Carlos was given a new bike for his 50th birthday. The Titan’s bike. Even so, it still took (at least me) several more months to be totally clear about it. I needed to change my bike. The Titan couldn’t go with the one I had, a 26″ aluminum rigid, and to that we had to add that the economic cost of participating in the race is very high. Finally, after assessing the pros and cons, in August 2018 we began training and in October we signed up for the 2019 edition of the Garmin Titan Desert.

What has been the best and the worst of the Titan Desert?

The worst, the sores that came from spending so many hours sitting on the bike. The stage 6 I had to do very slow because I could only pedal by standing on the bike.

The best part was two things: helping Carlos make his dream come true (we made the Titan’s motto our own, “Ride your dream”) and helping to publicize the excellent work carried out by the Enriqueta Villavecchia Children’s Oncology Foundation, from which they help children and young people with cancer.

How hard is the race? What is the most difficult thing you have found in it?

Much harder than I imagined. I thought that in so many days and kilometers there would be moments of everything, of suffering and of enjoyment, but when it comes down to it, very few kilometers have been those of enjoyment and many those of suffering. The terrain was constantly uneven. When there were no continuous ups and downs (as if you were cycling on “uralita”), there were big stones, and if not, you would find sand banks that forced you to get off the bike.

The most difficult part, without a doubt, was the dunes. You can’t even push the bike because it gets stuck in the sand that gets into your shoes as you try to walk. Moving forward was very complicated and the heat made it even more difficult.

Anyway, one thing I’m very happy about is that at no time during the six stages of the race did I think about giving up. 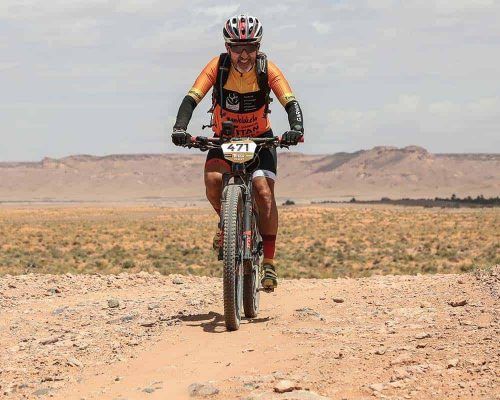 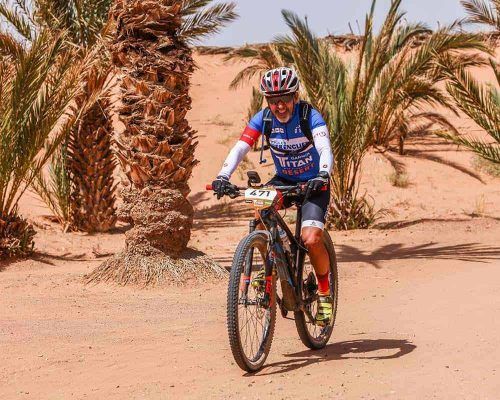 At the beggining I didn’t notice any difference. And that’s good because it means you don’t have to change your habits or cycle any differently than you always have.

I started noticing the changes when I passed through areas populated with small bushes with spikes, or many stones. When you ride on this kind of terrain, it is inevitable to think that you are going to get a puncture. But as the miles go by and you see that it is not so, the psychological pressure decreases, you tire more calmly and you are more confident of finishing the stage.

Another time I noticed the advantage that gives you the Tannus Armour was in the mountain pass of the fifth stage. After four days of the race the tires were already beginning to suffer from wear, but both in the climb, and especially in the descent, the feeling of grip was much greater than expected.

Could you have finished the race if you didn’t have Tannus Armour?

Surely I would have finished it, because we carried spare parts to fix up to four punctures per stage, but the peace of mind that comes from wearing Tannus Armour made it psychologically easier. Unlike what it may seem, in a race like the Garmin Titan Desert, the psychological aspect is just as important, if not more so, than the physical one.

And to finish, describe in a couple of lines Tannus Armour

Tannus Armour has proven to be capable of overcoming the demanding conditions of terrain as uneven and extreme as that of the Garmin Titan Desert. Reliability against possible punctures or side cuts along with increased grip are the two main characteristics of a product that will undoubtedly have a prominent place in the cycling world.