The CycleTravellers Matyas Amaya (@Matyamayaporelmundo) y Ferran Catalán (@pedaleamundo) tell us what it is like to travel with Tannus.

Last August 22nd we told you who Matyas Amaya was, today we bring you the final stretch of his goal (World Cup Russia 2018) and we will introduce you to Ferran Catalán, another cycle traveller  who has told us about his experience with Tannus, all accompanied by an excellent photographic report.

With no doubt, a great test of durability and putting to the limit of the compound Aither of Tannus. 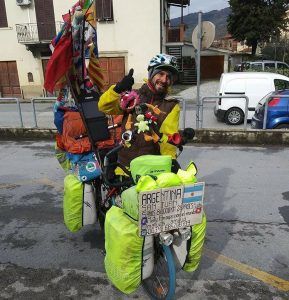 If you still don’t know him, you can go through our last post where we summarize in a few lines who Matyas Amaya is and the reason for his trip.

After his stay in Holland, Maty does not stop his European journey.

In the last few months he has travelled through a large part of Italy and is getting closer and closer to the finish line. In one of his posts, he shared with his fans the sensations he had had and what surprised him. Matyas tells us how the change from traditional tires to Tannus tires is and compares it to changing a pair of shoes when they are new, you have to give them time to adapt to you.

Little by little he starts to feel better with the Tannus, and he focuses on enjoying the trip and not being aware of the state of the road and any object that could damage the tires.

With more than 5.000Km travelled, he had to replace the Tannus rear tire by a much thicker one, similar to that of a motorcycle, due to the weight it carries in the rear, the behavior of the tire is affected and loses performance, that is why this final stretch will only use Tannus in the front. Remember that the bike weighs only about 80 kg and Maty “carries the whole house” about 150 kg in total. However, Matyas believes that it is an ideal tire for short and medium distance cyclists and for those who want to make a long distance trip without carrying much weight.

Finally, he tells us about two cases in particular where carrying Tannus has been of great help and insurance.

1- The Temperature and Tannus

One of the reasons we mentioned that it was a great test and put to the limit, is because of the following case.

Matyas is, without a doubt, a Cyclopath who is not afraid of anything. When he was going down the Etna volcano, at more than 2000 meters high on a road with a slope of more than 10%, Matyas’ wheels reached such a high temperature that one of the wheels exploded. He could have suffered a serious fall if it had not been for the front wheel, as the Tannus tire was not damaged.

2 – The mountain and Tannus

A less extreme case, but it is these small details that one tells when returning from an outing and that remain captured in the retina. From a group of friends with whom he shared an outing to the mountain, Matyas was the only one not to get a puncture and without having to stop to calibrate the wheels. 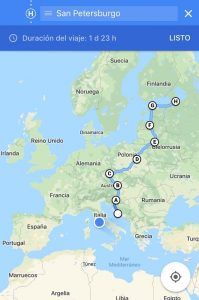 With only a couple of Tannus tires, he has travelled a large part of Europe and about 8,000 km through France, Belgium, Holland, Austria, via the Dolomites to Italy. In this section one of the tires remains as a souvenir and the other will reach Russia, passing through Croatia, Austria, Czech Republic, Poland, Lithuania, Latvia, Estonia. 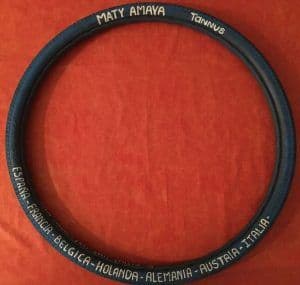 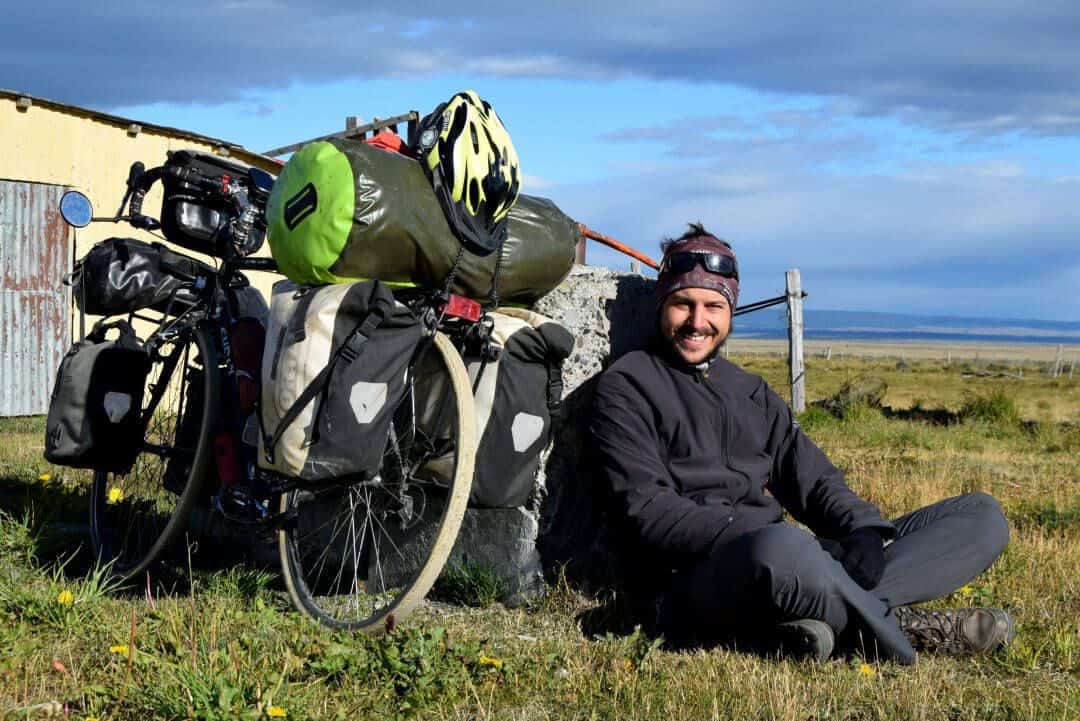 Ferran contacted us in November when he heard about our tires. This friendly bike traveller surprised us with the magnificent photographs and experiences he shares on his social networks (@pedaleamundo).

In this case the model he used was the Tannus Shield 700×32 Sahara. 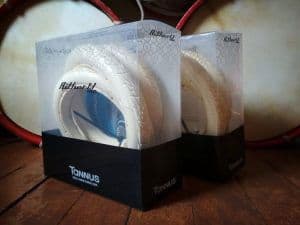 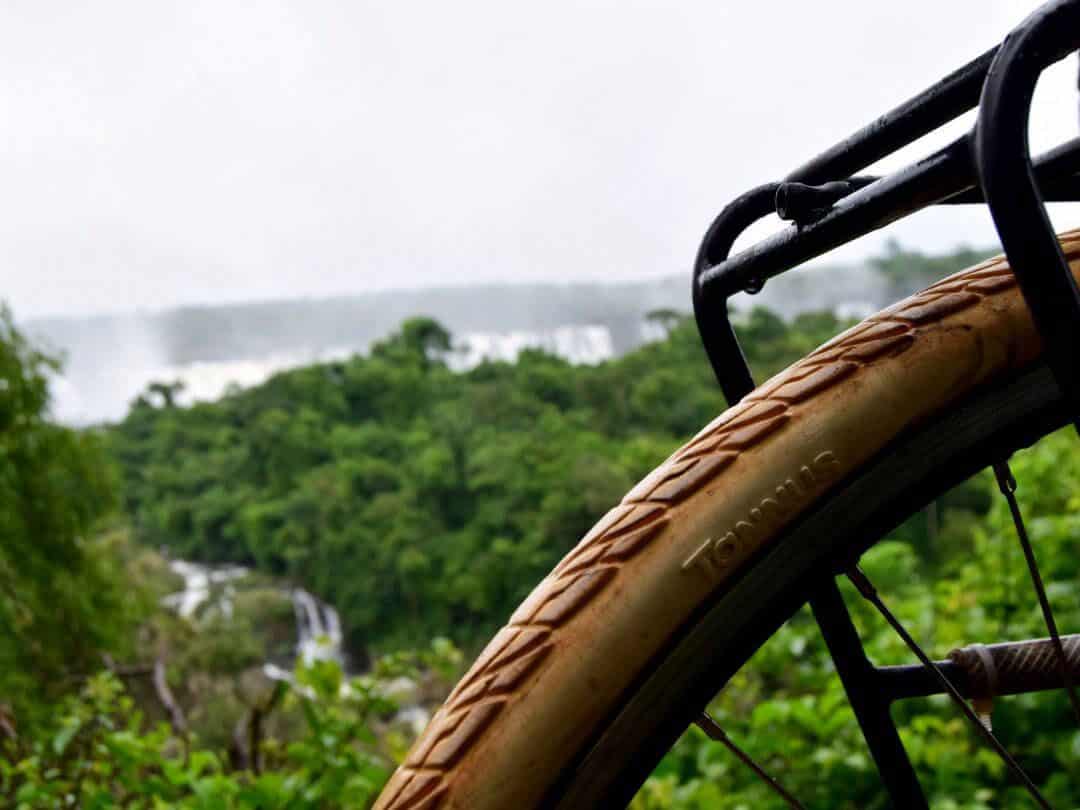 He began his journey in Brazil, from December 6, 2017, to February 25, 2018, Ferran has travelled through the following countries in South America, such as Paraguay, Uruguay, Argentina and Chile. A distance of approximately 4,200 km, with many kg behind him. 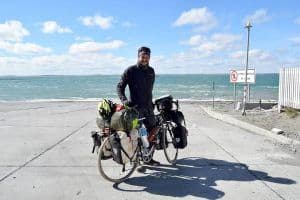 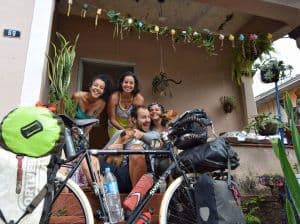 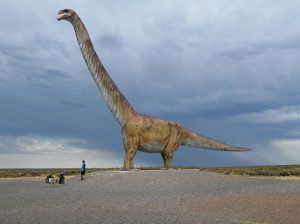 After his trip to Africa, Ferran arrived in São Paulo, from where he travelled the coast of Brazil to Rio de Janeiro, with a certain feeling of insecurity: he did not know the roads, how they would receive him or which places would be the safest to sleep (account on his blog). 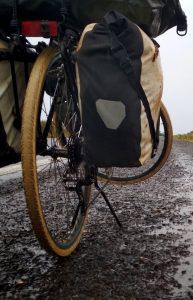 The ground Ferran had to cross could be said to have been “harder” than the one Matyas had to cross. A lot of unpaved sections or in bad conditions that make the journey difficult. Furthermore, with the help of our distributor in Brazil, we were able to deliver the Shield 700×32 model, which performed pretty well under these conditions.
How he felt with Tannus was similar to how any new user, at first the feeling is different but as you ride a few kilometers they adapt and as he tells us they feel like traditional tires, but adding the tranquility of no flats.

His next stop, Paraguay, was very well received and he didn’t need to set up the tent, he even got to meet a cycling club in Katueté. With which he could share some outings and even give him cycling equipment.

Once in Paraguay, he crossed all Argentina to get with his bike to “the end of the world”, Ushuaia, with his eyes set on Chile. 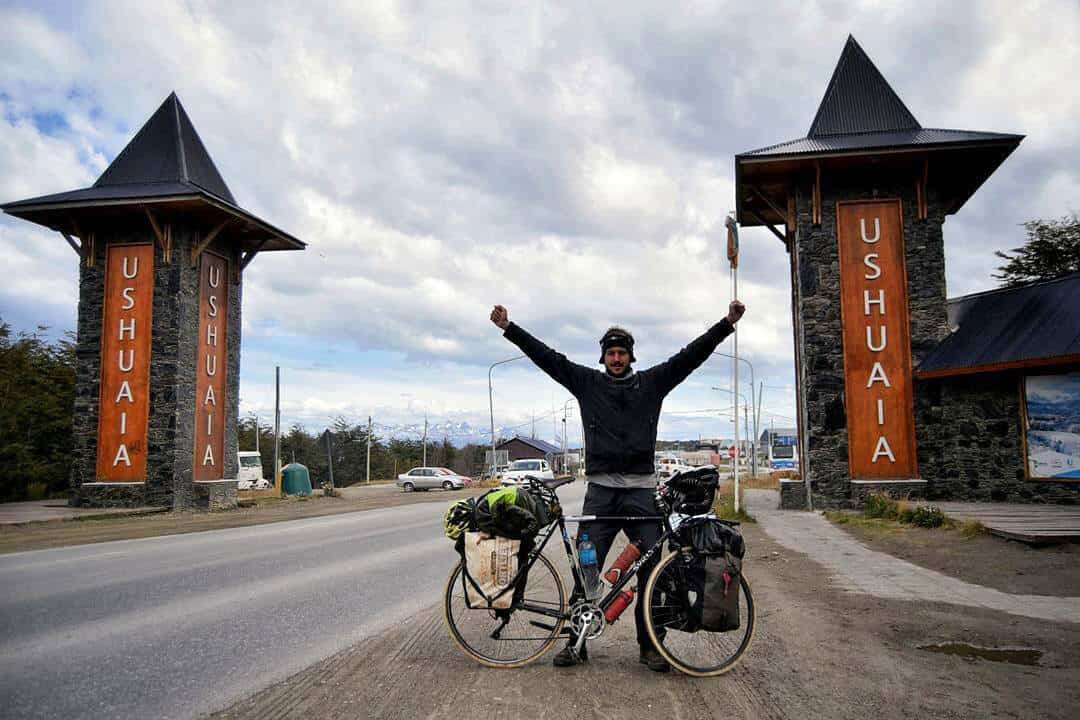 Reaching Chile, he sent us the photographic material along with the feedback of his trip using Tannus.

The observations he sent us:

From Tannus we want to thank both Matyas and Ferran for this great test and for letting us know how the lifestyle of a Cyclotourist is.

Do not miss their adventures in: